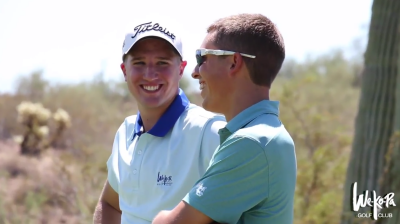 Behind the Scenes: The Making of the We-Ko-Pa Commercial

Home » News & Info » Behind the Scenes: The Making of the We-Ko-Pa Commercial 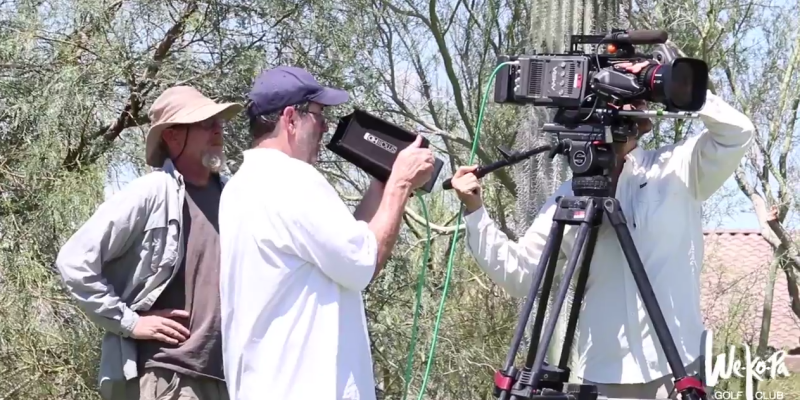 At the end of August, a video production crew assembled by longtime pals John Vasseur and Terry O’Neal set out to capture the spectacular views that golfers at We-Ko-Pa Golf Club have been enjoying for the last 15 years. We decided to tag along to produce a behind-the-scenes clip of them in action.

They brought a beast of a camera armed with a lens that made it seem like you could reach out and touch Four Peaks. A small swarm of drones buzzed through the Mesquites, Palo Verdes and Saguaros to provide a bird’s eye view. They definitely pulled out all the stops.

Accomplished videographer, Jeff Halperin, and his trusty grip, Joe Lankford, performed like true professionals alongside the talent on the business end of the camera a.k.a. Brett McClellan and Josh Minsky, both assistant golf professionals at We-Ko-Pa Golf Club.

With incredible mountain views in the background and thriving Sonoran Desert in the foreground, let’s just say the camera loved We-Ko-Pa. As soon as we get the final cut, we’ll roll it out for all to see on WeKoPa.com as well as airing on Golf Channel during golf coverage.