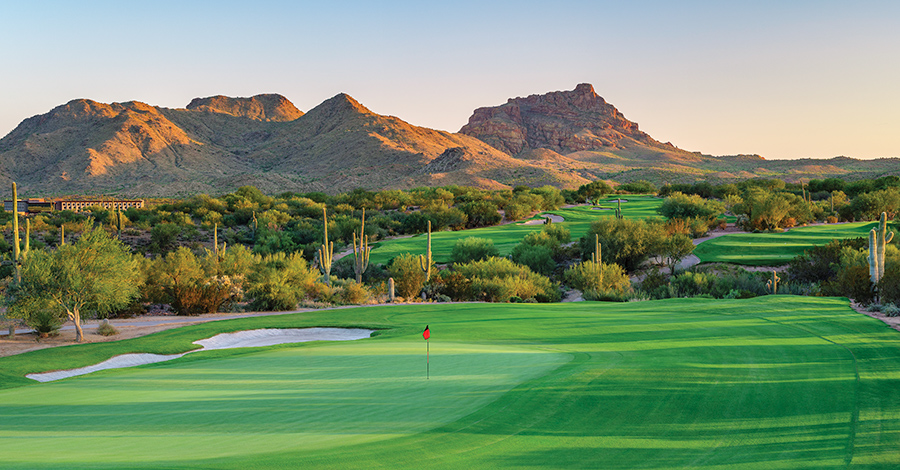 The hole in one is the ultimate and most elusive feat in golf. We see our friends on the PGA TOUR hole out from the tee box on a regular basis and they make it look easy. It’s not easy. In fact, it’s one of the hardest things to do in all of sports. But if you play regularly, you have probably been a part of this special moment at least once in your life. And whether it was your playing partner picking the ball out of the cup for an ace or yourself, you have to admit the feeling of being part of a hole-in-one day is something you’ll never forget.

Here at We-Ko-Pa Golf Club just outside of Scottsdale, Arizona, we take aces very seriously. In fact, every hole in one recorded at either of We-Ko-Pa’s award-winning courses – Saguaro or Cholla – is enshrined forever on our website. You can see them all right here. But more than that, we keep track of the hole, yardage, club selection, the date and the player’s hometown. Here are some interesting facts and figures about We-Ko-Pa’s Hole-in-One Club.

Built in 2001 and designed by Scott Miller, We-Ko-Pa’s Cholla course has been around a while, certainly enough to see more than a few aces from our players. In fact, Cholla has seen 105 aces to date which puts the average holes in one per year at just under six, or one every 60 days. Pretty rare considering the Cholla course sees more than 830 par-3 tee shots on any given day. That means one out of every 50,000 par-3 tee shots on Cholla find the cup. Pretty spectacular.

Here are some more interesting facts and figures about aces on Cholla:

The Bill Coore and Ben Crenshaw designed Saguaro course was completed in 2006, but actually has more recorded aces than its sister course. In total, 117 holes in one have been carded on Saguaro in just under 12 years of operation which means there are nearly 10 aces per year or one every 37 days. The higher rate of aces on Saguaro could be due to the short, par-3 9th which accounts for nearly half (50) of the 117 aces. What are the odds of carding an ace on Saguaro? Roughly one in 30,300.

Here are some more interesting facts and figures about aces on Saguaro: