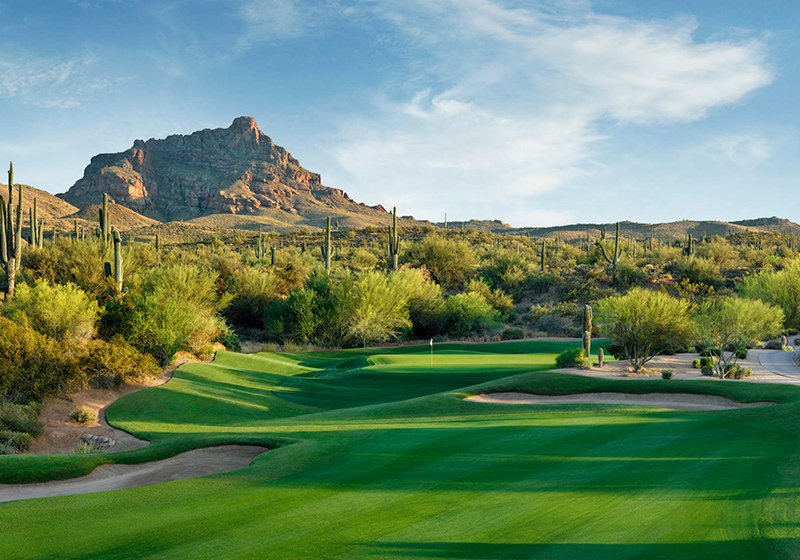 Golf is a game for a lifetime that appeals to a range of people: men, women, juniors, seniors, you name it. And, unlike many sports, you don’t have to be a freak of nature to excel; i.e. the diminutive 5-foot 9-inch Rickie Fowler holds his own against giants such as the 6-foot 4-inch Dustin Johnson.

Now that we’ve covered the “why,” let’s talk about “how.” Specially: how to play more golf! It can be cost prohibitive, but it doesn’t have to be. Indeed, many public clubs offer annual programs with substantial savings. We-Ko-Pa is one of them.

“The We-Ko-Pass and Peaks Pass are ideal for avid golfers who would like to play all year long, not just when the rates are the lowest in the heat of summer,” said Matt Barr, general manager of We-Ko-Pa Golf Club. “And best of all, passholders may bring their three golf buddies with them for the same low rate.”

The 2017 We-Ko-Pass is on sale now for $139 (all rates +tax) when purchased before November 1, 2016; $179 from November 1 to December 31; and $209 after January 1, 2017. Special rates range from $35 per player in the summer months to $99 per player in high season. Best of all, you and your three pals in the group play for the same low rates through September 30, 2017. Plus, you get a bunch of other benefits such as discounts on merchandise, a complimentary $25 chip at Fort McDowell Casino, exclusive room rates at the We-Ko-Pa Resort, and much more. 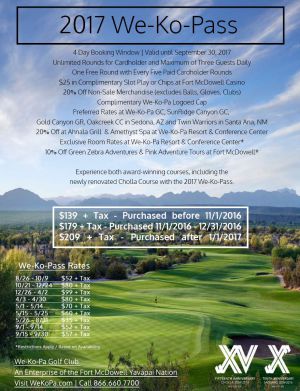 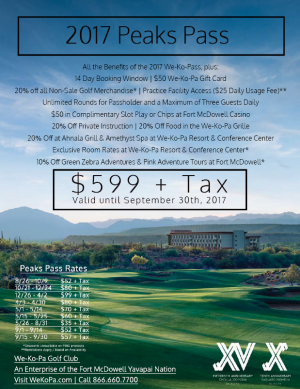 One thing to consider: We-Ko-Pass rates are only valid for tee times booked within a 4-day window. So on the weekends during high-demand season, the tee sheet might already be full by the time you get a chance to book. However, if your schedule is flexible, it’s the way to go. Click here https://wekopa.com/2017-annual-we-ko-pass/ for complete details.

The 2017 Peaks Pass – on sale now for $599 – offers all of the benefits of the We-Ko-Pass with a few upgrades. But as Barr mentioned: “The main draw is the extended 14-day booking window, which especially comes in handy during high season.” Click here https://wekopa.com/2017-peaks-pass/ for complete details.

Whether you pick up the We-Ko-Pass or the Peaks Pass, you’re going to save a few bucks year-round on green fees at We-Ko-Pa. That certainly makes it easier to do what we golfers love most – play more golf!