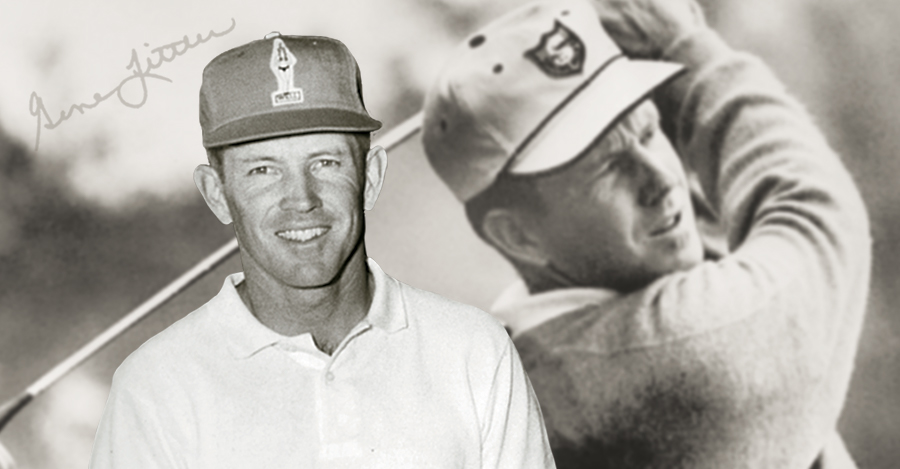 Racking up 54 professional wins including the 1961 U.S. Open at Oakland Hills Country Club in Michigan, Gene “The Machine” Littler was known for his silky-smooth swing and solid temperament as well as an illustrious career in golf spanning nearly 40 years. He beat cancer in 1972 and was awarded the Ben Hogan Award the same year – given for a courageous comeback from illness or injury. Littler also was awarded the Bob Jones Award in 1973 and was inducted into the World Golf Hall of Fame in 1990. Littler passed away on February 15, 2019, and in honor of his incredible life, we’ll see if we can connect him to the finest golf experience in Arizona – We-Ko-Pa Golf Club – in just six steps or less.

Littler grew up in Southern California, eventually becoming a home-town hero for the San Diego State University Aztecs in the 50s. He won the Bing Crosby National Pro-Am (AT&T Pebble Beach Pro-Am) as an amateur in 1954 and then again as a professional in 1975 making him the only player two win both the professional and amateur titles in the history of the event. Another winner of Bing Crosby’s tournament in the Bay area was none other than Byron Nelson, a proud Texan and the namesake behind the AT&T Byron Nelson won by “Gentle” Ben Crenshaw in 1983. Crenshaw eventually designed Trinity Forest Golf Club, the new home of the AT&T Byron Nelson, and also is half of the Coore Crenshaw duo who designed the award-winning Saguaro Course at We-Ko-Pa Golf Club.

Okay, you caught us. We added a few steps in there to make it more fun. Do you have any ideas for Six Degrees at We-Ko-Pa Golf Club? Let us know in the Facebook comments.