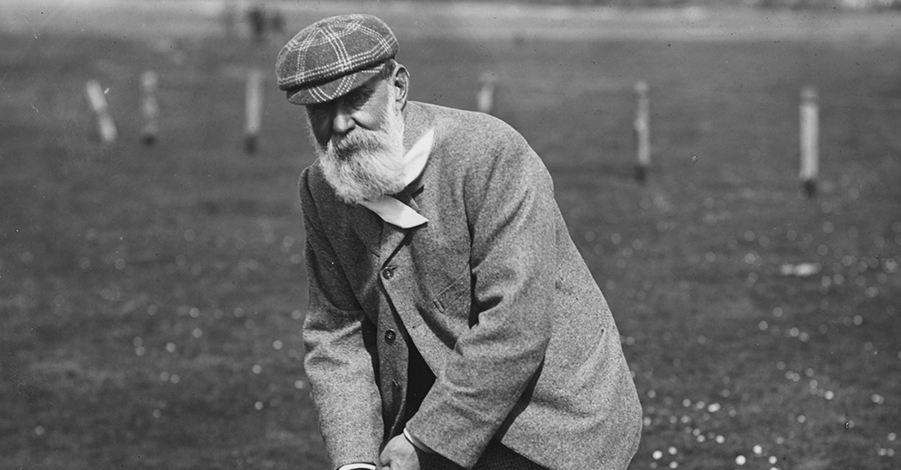 With Father’s Day just behind us, we thought we’d take a deep dive into what connects We-Ko-Pa to the “father” of golf for our third edition of Six Degrees of We-Ko-Pa Golf Club.

Old Tom Morris is widely considered the father of the game of golf, having significantly shaped the ancient game into its modern form. The son of a Scottish weaver, Morris is credited as a greenskeeper, club and ball maker, instructor and course designer – most famous for developing the modern golf course routing and hazard-management practices we still see today.

Old Tom Morris’ golf achievements are so great in number, it’s best to start with the recent movie about his relationship with his son entitled “Tommy’s Honor: The Story of Old Tom Morris and Young Tom Morris, Golf’s Founding Father and Son.” The movie was based on a book written by author Kevin Cook, who also wrote a biography about a golf hustler named Titanic Thompson. A skilled marksman and ambidextrous golfer, Thompson routinely played money matches with Byron Nelson, a proud Texan, Bob Jones Award winner and World Golf Hall of Fame Member. Another Texan with the same awards and recognition? How about Gentle Ben Crenshaw – half of the Coore Crenshaw duo who designed the Saguaro Course at We-Ko-Pa Golf Club.

There were a ton of routes to go with this one! Do you have an easier path or ideas for Six Degrees of We-Ko-Pa Golf Club? Comment on our Facebook page.